Stolen Slumber is about how we can allow fear to control us to the degree we can’t function without anxiety and unreasonable stress. In the story, Hank is dealing with guilt and fear as he comes to grip with his little brother’s accident that could cripple him for life. Add to that the downward spiral one of his best friends is taking as he lets uncontrolled fear control his choices and take him to a level of danger no one saw coming. Even with plenty of comic relief, this story will place the readers in the middle of the action that will keep them on the edge of their seats. 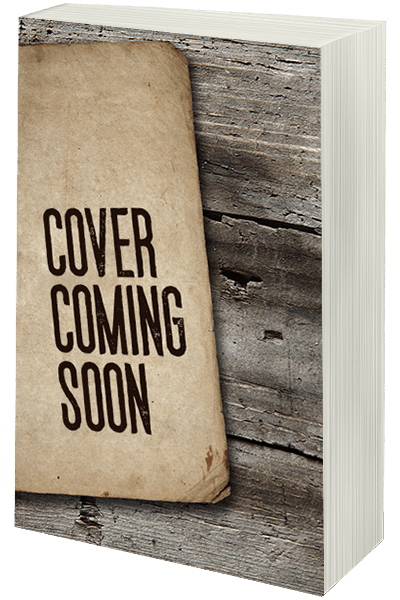 Hank awoke from a sound sleep and sat up in bed abruptly; his senses were on high alert. At first, he didn’t know where he was. As he slowly panned the room from left to right, he recognized he was in his bedroom at home. He looked over at Jimmy Jack’s empty bed, and a sharp pain stabbed his chest as he remembered his brother was still in the hospital with a broken leg. Something had awakened him, though; but there was no sound in the house that didn’t belong. He noticed the window near the foot of his bed was raised slightly and remembered he had left it open. The warmth of summer was taking its time to surrender to the cooler temperatures of fall. Even though the room was still warm, it was comfortable. Yet, something was wrong; and a chill shook Hank’s body. The distinct sound of a hoot owl called out in the woods lining the side yard from about five hundred yards away. Off in the distance, another owl answered the call. The chime of the grandfather’s clock in the parlor startled him as it struck two.

What in the world is wrong with you, Hank? Why are you so jittery? He threw the covers aside as he sat on the edge of the bed, his toes barely touching the cool floor. Every nerve in his body shook from some unidentified danger, but he didn’t know what or why. He padded over to the window and looked out at the yard, illuminated by soft moonlight. Nothing moved; and no unexpected noise disturbed the peace, other than the owls. He tiptoed quietly from his bedroom to the parlor to check the door and cringed with each snap and pop from the cold floor. The door was securely locked, and nothing appeared to be out of place. As he returned to his room, the floorboard in the hall where he had stepped creaked louder than usual; and he heard a door open at the back of the house. His feet would not move from where he stood just inside his room. His hand tightened on the knob as he listened and held his breath, doing his best to blend into the shadows of his room. He slowly crept to hide behind the door without being heard when another floorboard creaked at the end of the hall near the kitchen, and faint footsteps stealthily moved toward the front of the house. Too late! He would not be able to hide before…

Relief made his knees weak, and he almost collapsed where he stood when the shadow of a familiar figure appeared in the hallway outside his bedroom. “Deputy Coll…I mean Mr. Pete…uh…yeah, it’s me.” He hoped the tremor in his voice was not noticeable. His heart pounded against his upper ribs, every beat making hearing nearly impossible.

“Why are you up in the middle of the night?”

“I could ask you the same thing.” Time seemed to move in slow motion for a moment. The brief silence between them grew more alarming for Hank. Panic stabbed his face and arms with what felt like shards of fine glass. He clenched his cramping gut, but he fought the urge to rub the back of his neck.  Just tell him. It’s not like he’s going to let it go. “Something woke me; so I thought it best to make sure everything in the house was okay.”

Mr. Pete searched Hank’s room from the doorway before backing into the hallway, looking intently up and down the hall like he was on duty. “Yeah, it sounds like we both had a similar experience. I was about to check the back door when I heard you up here. Can you describe what you heard?”

Hank shook his head and shrugged his shoulders, feeling his nerves relax, “Not really…it just…I mean…it was like I had been startled awake.”

“Yeah, okay, me, too. Are you sure you didn’t have another one of your dreams?”

“No, sir, I mean, yes, sir…I just woke up, but every hair on my head and arms tingled and stood up for a minute or so before it passed. It’s better now, but I really don’t know what caused it to do that.”

“Well, it doesn’t appear we have anything to worry about in here…from what I can see, anyway. What with your ma at the hospital with Jimmy, I guess we’re both more sensitive to noises than usual. Go on back to bed; I’ll check things around the house and outside. Just to make sure nothing is wrong.”

“Okay, be careful. The hair on my head and arms may be back to normal, but I’m still skittish for some reason.”

“I know what you mean. Try to go back to sleep; morning will be here soon enough. Hopefully, we’ll have good news about Jimmy coming home.”

“Yes, sir.” Hank closed the door and climbed back into bed as the deputy made his way toward the kitchen and the back door. I don’t know if I’ll be able to go back to sleep. Wait, did I hear Mr. Pete right? Something woke him, too? It wasn’t just me this time! Something is definitely wrong. I wonder…

Hank lay back on his pillow and pulled the covers to his chin, shivering as the possible reality of what he had just thought hit him with a dread he couldn’t shake off.

Where to Buy My Books

My books are also available at IndieBound.