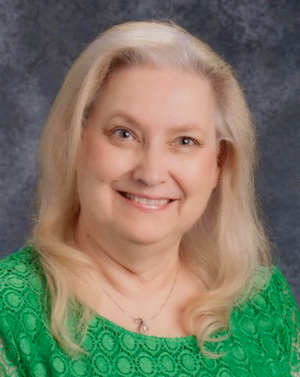 I was born and raised in South Arkansas (Camden) and graduated from Fairview High School (Camden) in 1971. I met my husband (Billy Joe Fickey) while attending East Texas Baptist College (ETBC) in Marshall, Texas, in 1972. We married in August 1972 and raised two daughters. I graduated from ETBC in 1980 with my BA in Secondary Education and English with a minor in history. We moved from Texas to Anchorage, Alaska, in 1983 and lived there for seventeen years before returning to the Lower 48. I graduated with my M.Ed. in English Language Arts Education in 1990.

When Bill’s illnesses from his service in Vietnam became more serious than the healthcare in Alaska had available in 2000, we moved to the Denver, Colorado, metro area (Aurora) where our older daughter and her family lived. It was during this time I began writing for children in earnest.

Whispering Darkness is the result of a course I completed with a diploma from the Institute of Children’s Literature in 2006. It was published in early 2007, Echoing Silence was released in 2008, and Beckoning Shadows was released in 2009. Kudu published Kidnapped Justice (the fourth book in the series) in 2012 and republished the first three in 2015 so they could all be sold through the same publishing house.

My career in education gives me the ability to keep writing relevant novels for kids to help them with their struggles. As a “recovering” reluctant reader myself, I am able to use my training as an educator to match what I know to be behind the reading crisis and meet the issue head on with what kids want and need to make reading important enough to put down their phones and video games and take a mental trip to places where their imaginations can flourish.

While my duties as a high school AP and Concurrent Credit teacher keeps me on top of the novel writing game, it also keeps me busy so my writing time is more limited than it was before. I enjoy watching my students grow in their own writing skills, and they enjoy knowing what I’m teaching them has benefits because they know I’m an author. It also helps when I’m in the middle of writing a new novel to get their feedback so what I present to my fans and new readers will engage them with quality entertainment and educational lessons they don’t expect to have while they’re reading. It means the time between published books is longer than earlier in my writing career with the Arkansas Oil Days Series, but there is still progress as I continue to work on the fifth installment to the series entitled Stolen Slumber.

Where to Buy My Books

My books are also available at IndieBound.